This piece is about how patients are more than a labelled diagnosis. Often patients can be referred to as the “broken rib” and time constraints in busy clinic days place systemic barriers on how thorough histories may be. However, it’s important to remember patients are more than their diagnoses and lead full lives outside of their clinical problem, some of which can have direct implications to their presentation. 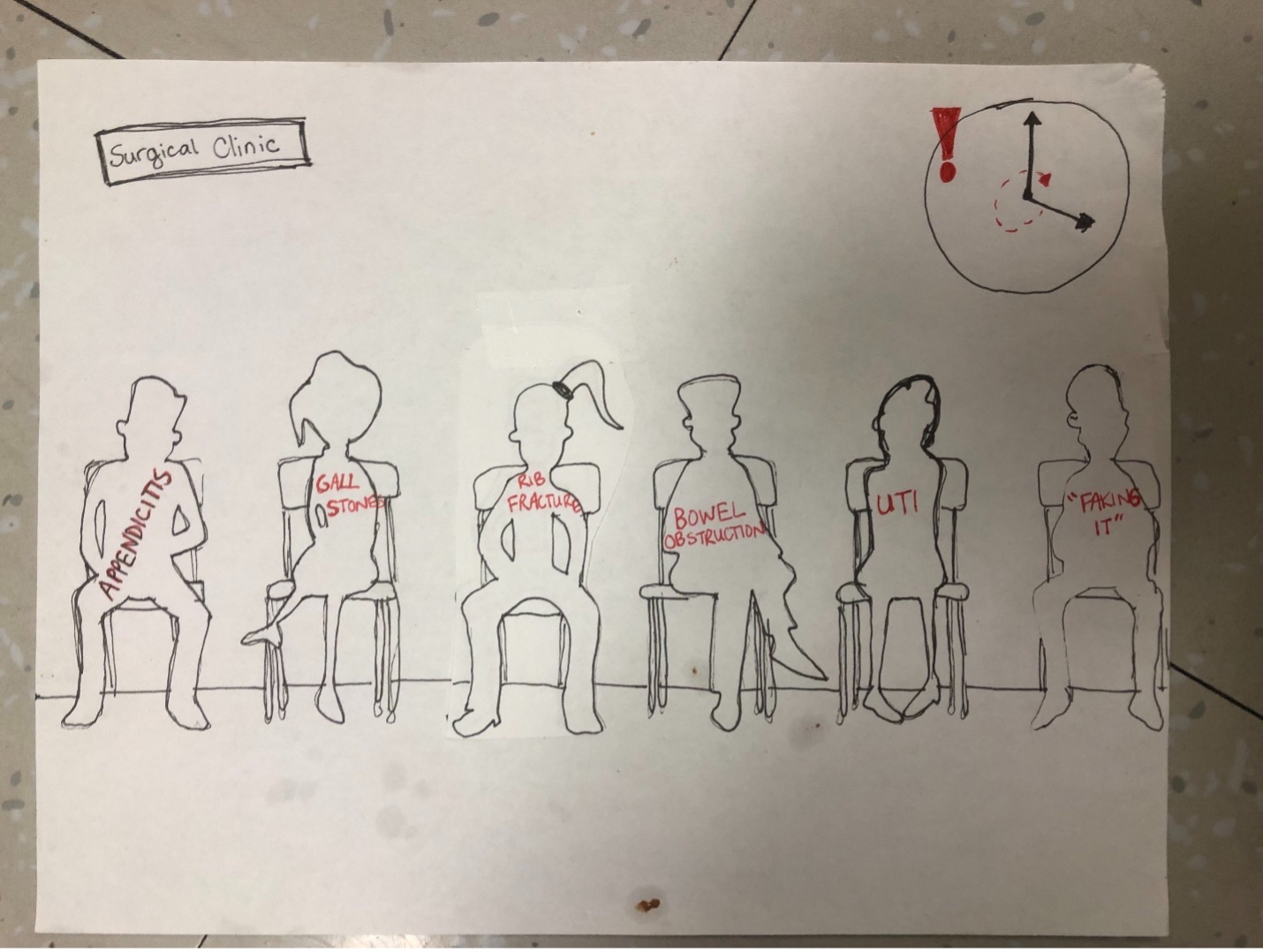 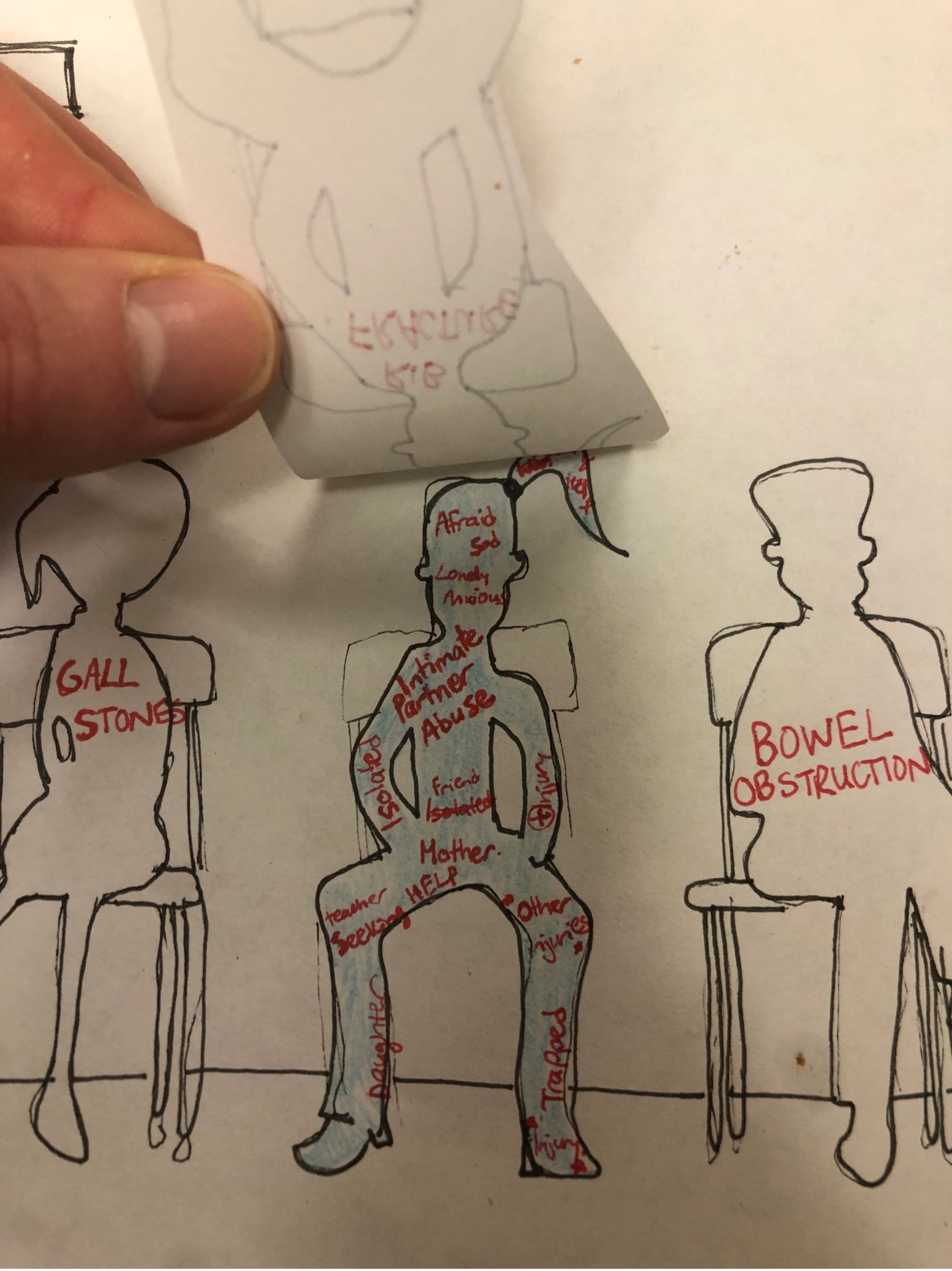 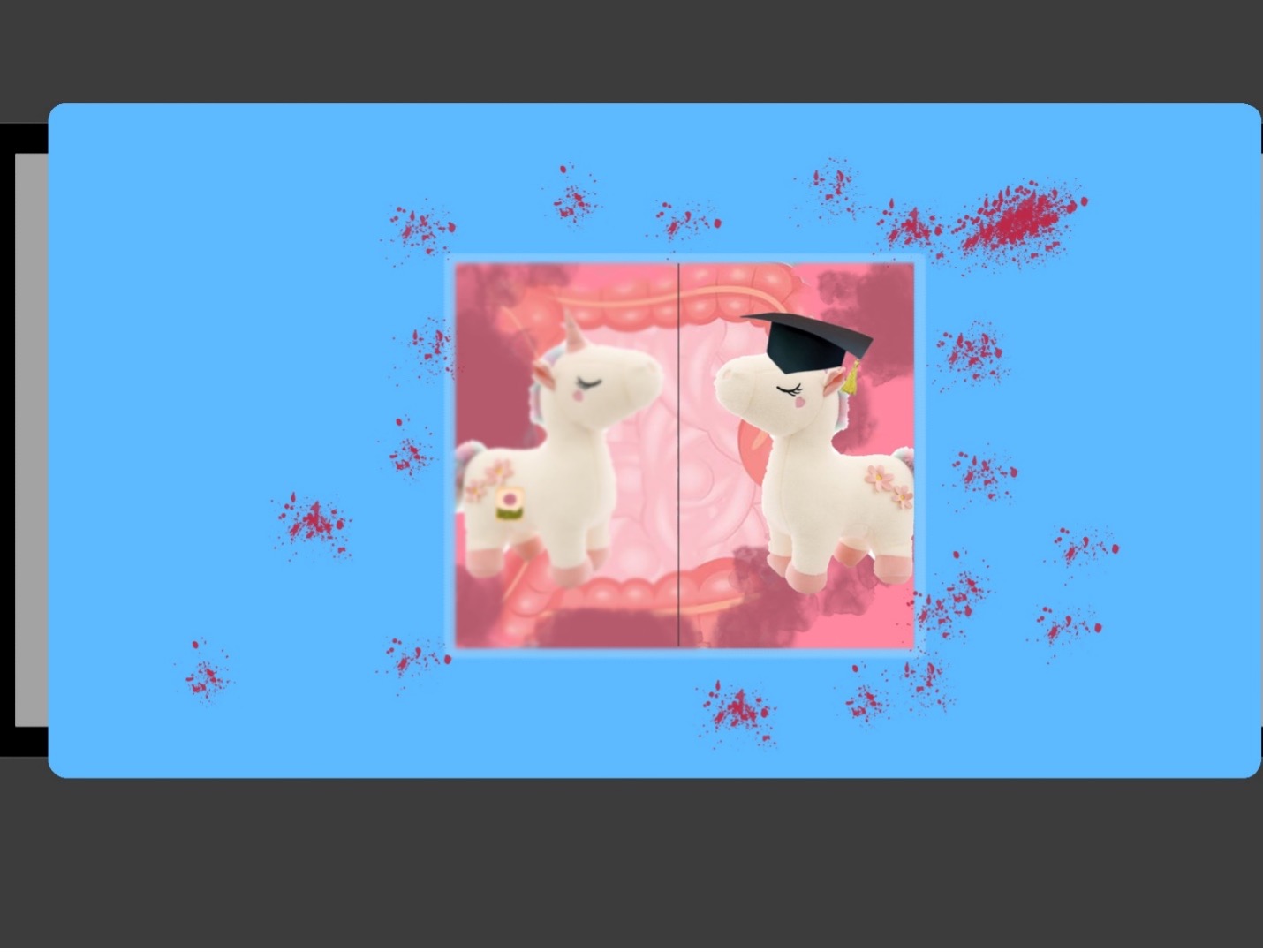 My piece is about the importance of communicating with a patient about a patient’s life story and personal goals and hopes.

The piece was inspired by two young patients during my general surgery rotation who were 19 and 22 respectively. I was on a colorectal service and these were patients who needed total procto-colectomy for UC and ileostomy creations.

The first time I often saw the patients was when we were briefly reaffirming their consent in the pre-op unit before their transfer to the operating room. You don’t necessarily know who they are and what their goals and hopes are.

It was only through speaking with patients, often post-op that I personally learned about their specific goals and fears.

The 19 year old had hopes to enter University next year and she wondered how this would impact her care. Especially given that she had severe nutritional deficiencies requiring PICC/TPN. The unicorn itself reflects her as during her stay her family brought her several unicorn plushies. The plushies also really humanized her for me as it reminded me of my sister who is of a similar age and also likes plushies.

The 23 year old is graduating this year. She likely had significant adjustment disorder. For instance, whenever we assessed her stoma, she would close her eyes and totally reject the idea of having a stoma. Because of this there were some allusions around how she was a dramatic or difficult patient, but it ended up being that she was planning to get married in the next year.

In many cases these conversations end up being useful as they determine what kind of allied health services can be involved in their post operative management.  For instance, we decided to consult a dietician for the first patient and Psychiatry for the second patient.